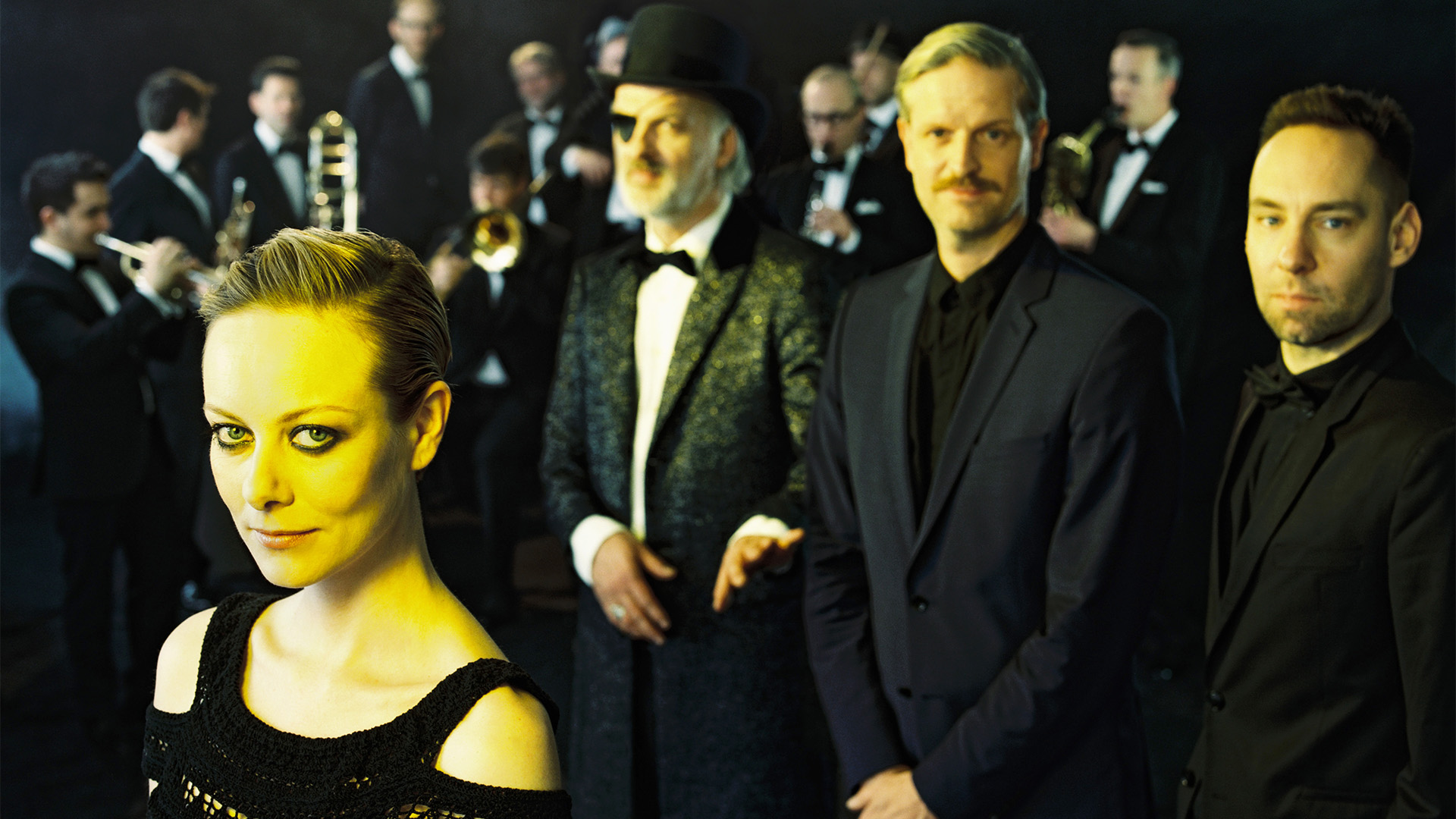 Straight from the screen onto the stage, the original “Babylon Berlin” Big Band performs the songs from the famous tv series live in concert, featuring special guest Severija!

1929 the world is different place. Berlin is a wild and dirty city, glamourous and party crazy all the same.

The Moka Efti Orchestra, a 14-piece ensemble put together by composers Nikko Weidemann and Mario Kamien with saxophonist/arranger Sebastian Borkowski, brings back the music and the vibe of the 20s, literally inviting the concertgoer into the Moka Efti, one of the entertainment palaces in 1920s Berlin and a prominent set location for the “Babylon Berlin” series.

Nikko Weidemann and Mario Kamien are not new to the music business. Still, the assignment to look after the on screen music for “Babylon Berlin” -the most ambitious tv series in German film history -presents a new challenge. They earn the trust of directors Tom Tykwer, Henk Handloetgen and Achim von Borries to compose in styles encompassing Blues and Ragtime, Chanson and Big Band Charleston.

Especially with the title track “Zu Asche, Zu Staub”, their task is to define a vivid contemporary emotion rather than to achieve 100% historical correctness.

Weidemann, a man been rooted for decades in the international musical subculture and Kamien, who made a name for himself as part of the 90s duo dZihan&Kamien take on the task to not only produce the music but to cast real musicians for the film shootings. Teaming up with saxophonist/arranger Sebastian Borkowski they assemble the Moka Efti Orchestra.