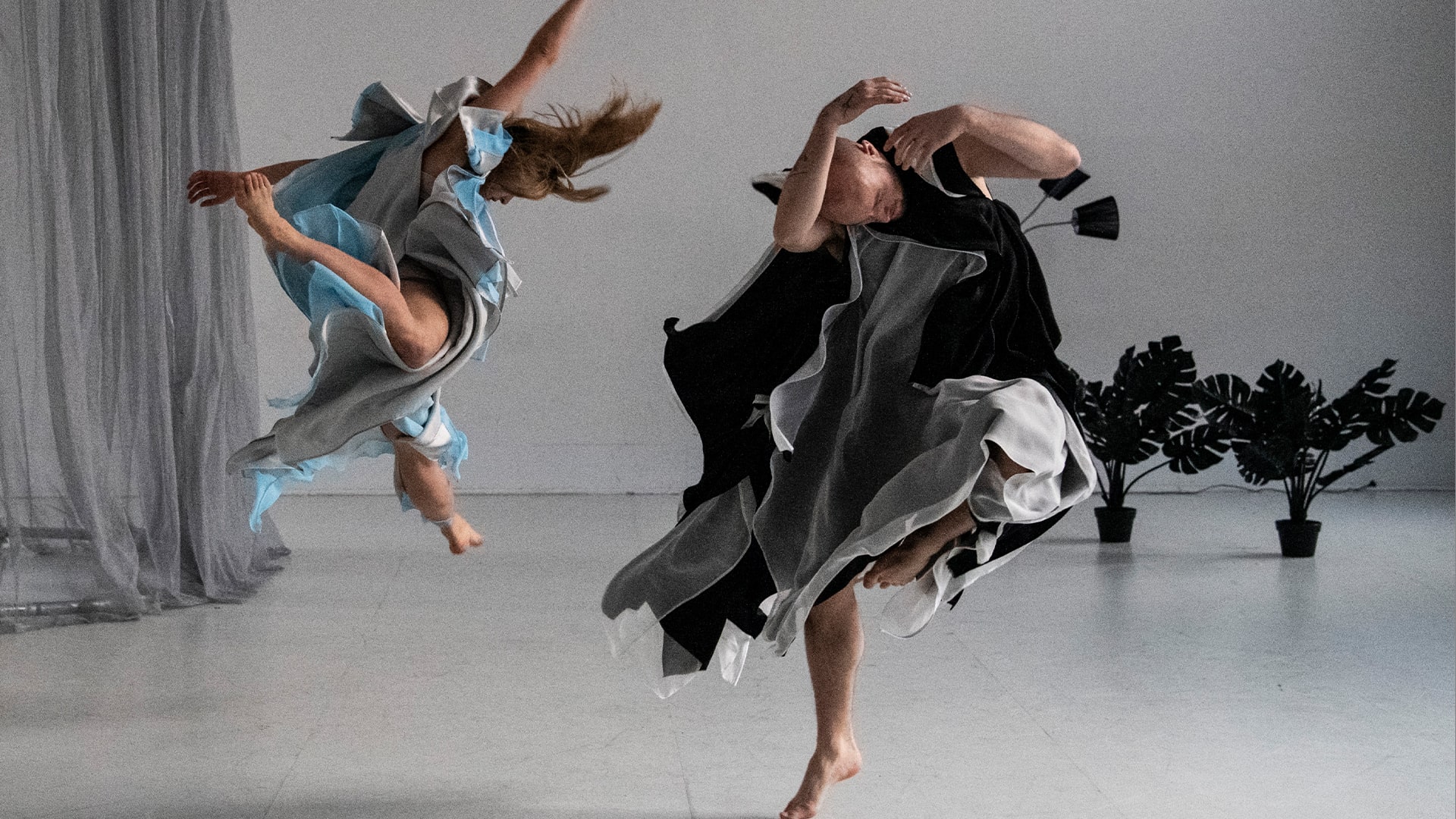 Seven Duets reflects on the duet as a concept to examine variations of both tenderness, conflict and helplessness between two people.
The dancerly duet is a returning trope in Ingun Bjørnsgaard’s work, explored in a way that opposes seamless interaction to depict the complexity of human intimacy in its both wavering and alluring forms and fragments of movement.
The performance embraces the melancholy agony and illnesses derived from a painterly fin de siècle ambiance, from which also Edvard Munch's female bird of prey, Harpy, emerges.
Seven Duets brings together alienation and longing for life in a choreographic language that opens up to the viewer’s own narrative.
In a first time collaboration with award winning fashion designer Michael Olestad as costume designer.