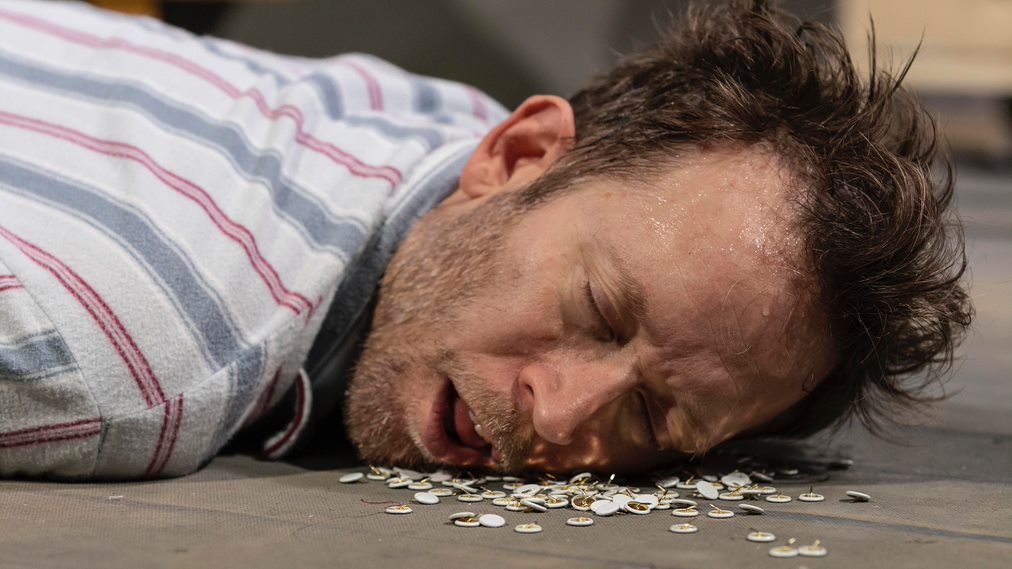 In a small apartment there’s a bed. An alarm bell sets off. An arm stretches out of the duvet and stops the alarm bell from ringing. Another alarm bell is sets off; it is placed in a drawer.

This is the beginning of a story about a man who can’t get up in the morning. We can see that he is trying to improve himself. The morning rituals shows us how he prepares several new ways to be wakened. And they are getting so extreme that we understand that he has been struggling with this for some time now. He sees the world go from day to night thru a window. But he still can’t seem to wake up. His only company is a radio that plays music that callers have requested. Eventually he manages to wake up only to realise that it is now evening, and the new hopeless ritual starts; how to fall asleep again. And when he finally falls asleep, he snores one time and then the alarm bell sets of again.