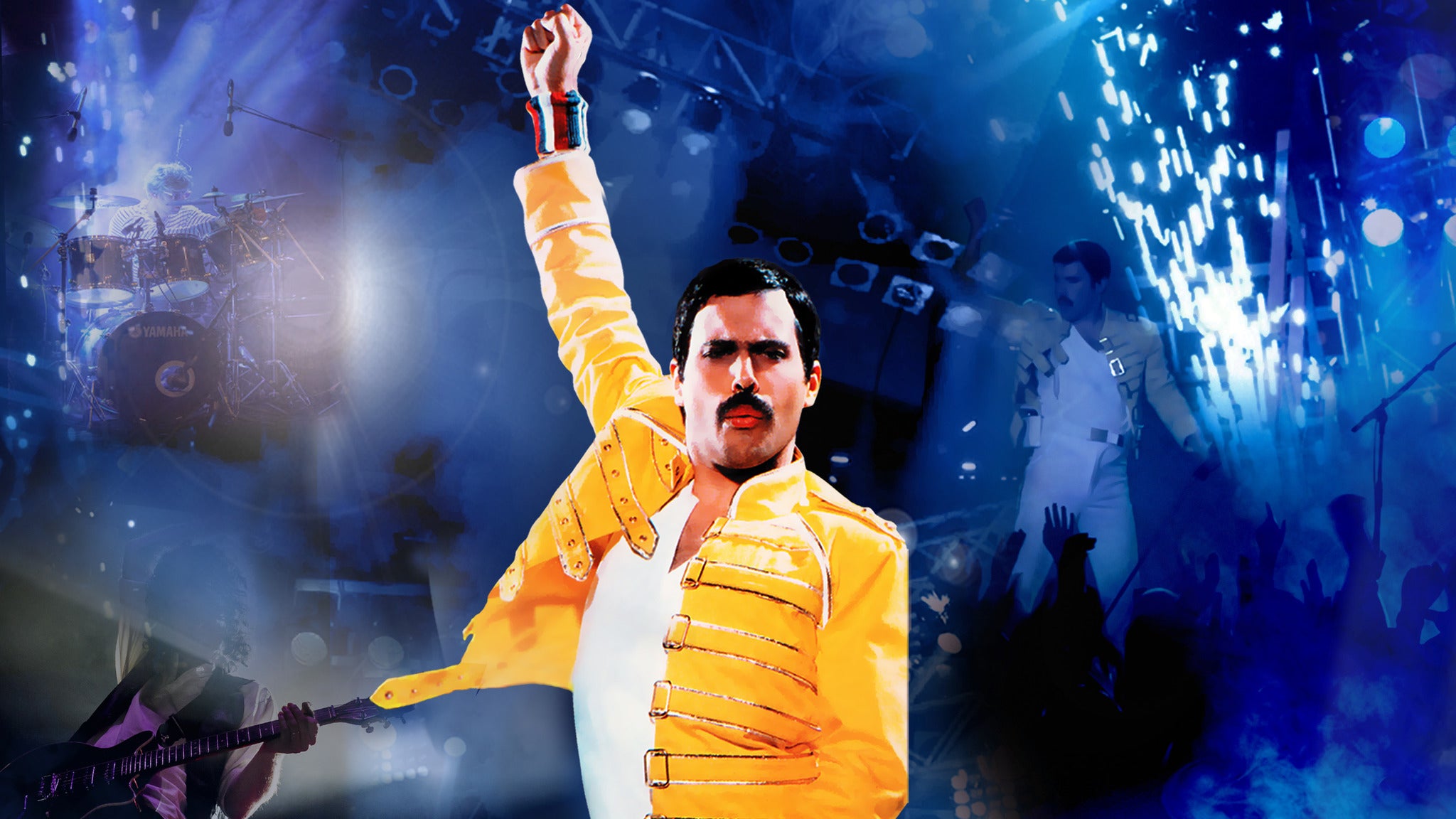 A Tribute to Queen - Featuring Patrick Myers as Freddie Mercury

Of the band’s success, lead singer Patrick Myers remarked “It’s been an amazing journey. We thought our band would last maybe a summer at the most but the concerts grew and grew and we’ve ended up playing and selling out the same arenas that Queen played at their peak.”

Their success has continued in the US, with prestigious venues such as Austin City Limits and Red Rocks Amphitheater in Colorado as regular stops on their US tours.

“Not to be missed” – BrianMay.com