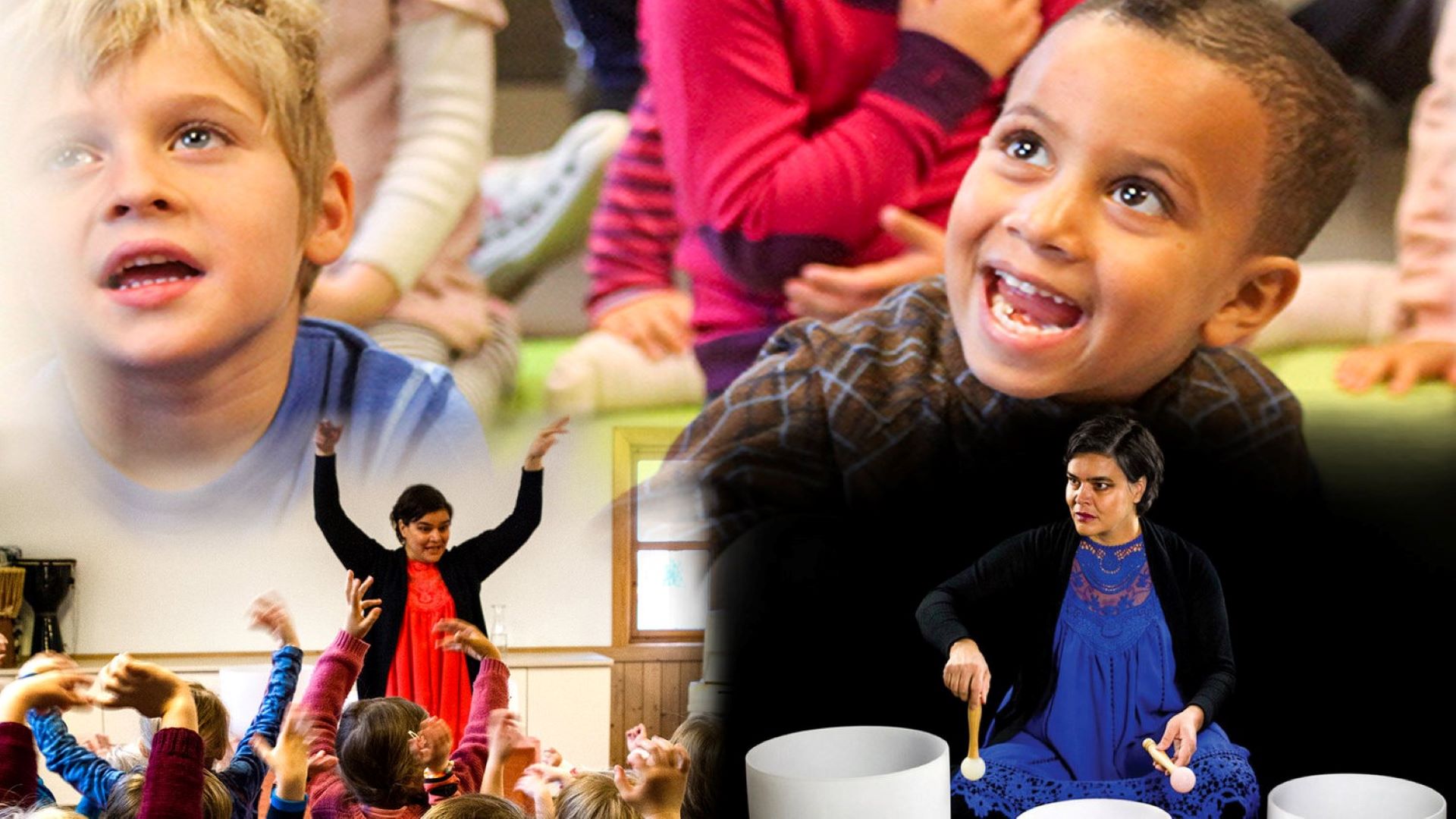 Den magiske klangen (The magical sound) is a concert performance with Sonia Loinsworth where children learn to make their own invisible instruments.

The musical performance is based on the story of the fiddler who goes from door to door and knocks, to get some food and drink. Those who let him in, get a fantastic musical experience as he pulls up invisible instruments from his backpack.

Sonia sings and plays the xylophone, flute and crystal quarts singing bowls in the performance, and conjures up magical and invisible instruments with the children, which they learn to play, along with the singing.

"All people have an invisible backpack with magical instruments in it, but not everyone knows they have it." The theme is built up as a musical-narrative performance. Underlying this is also an invitation to children who find it difficult to invite the inner healing forces. When you play the invisible instrument, the sound flushes through difficult emotions and you become whole and happy again. It is based on the narrative and the archetypal power of music, as the fairy tales have always done.

Sonia has played nearly 1000 times in Norwegian kindergartens, to very good feedback from children and adults. This performance builds on the musical interaction with the children.