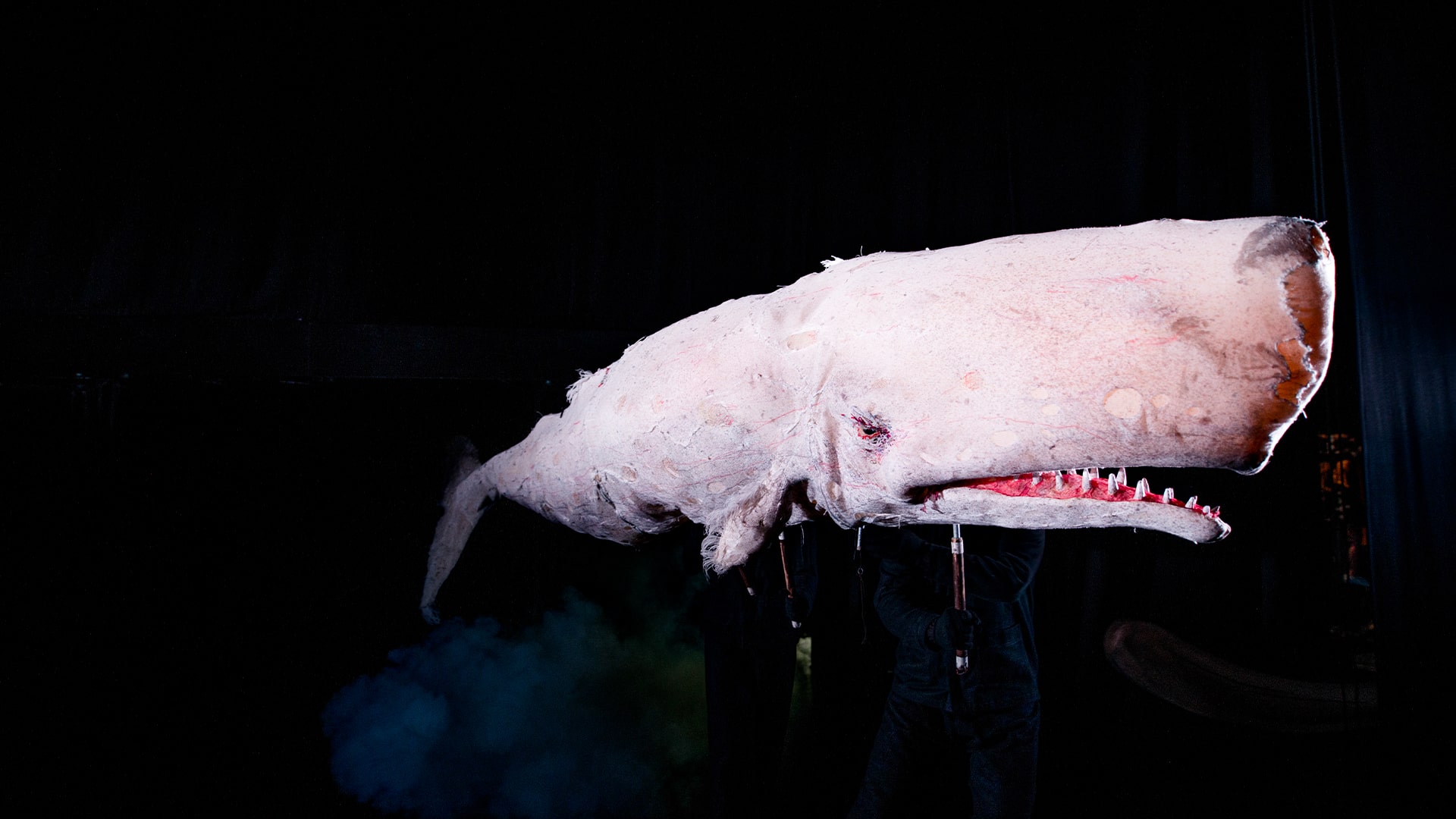 Bring the entire family for the most spectacular show of the 2021 season. For all ages from 10 yrs up

The epic tale of the white whale - a story of man against nature.

Nine performers on stage, 50 figures, a life-size whale, a full orchestra and extensive video projections. Plexus Polaire and Yngvild Aspeli's rendition of Herman Melvilles epic battle between man and nature is projected on a scale never seen before.

Staged in collab with Nordland Teater during the Hedda Days.